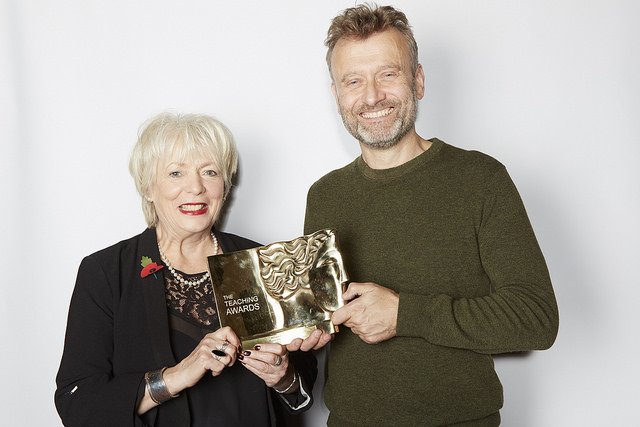 Alison Steadman and Hugh Dennis at the 2016 Teaching Awards Ceremony

The Teaching Awards culminate in a grand finale Awards Ceremony held in London every year.  The ceremony is filmed and broadcast by the BBC as Britain’s Classroom Heroes.  Each year celebrities join us to present Awards that honour exceptional teaching professionals from across the UK.

Watch the BBC2 broadcast of the UK Pearson Teaching Awards ceremony Britain’s Classroom Heroes, held at the London Guildhall and broadcast on October 30th 2016. The host was Hugh Dennis. Click here to be inspired.