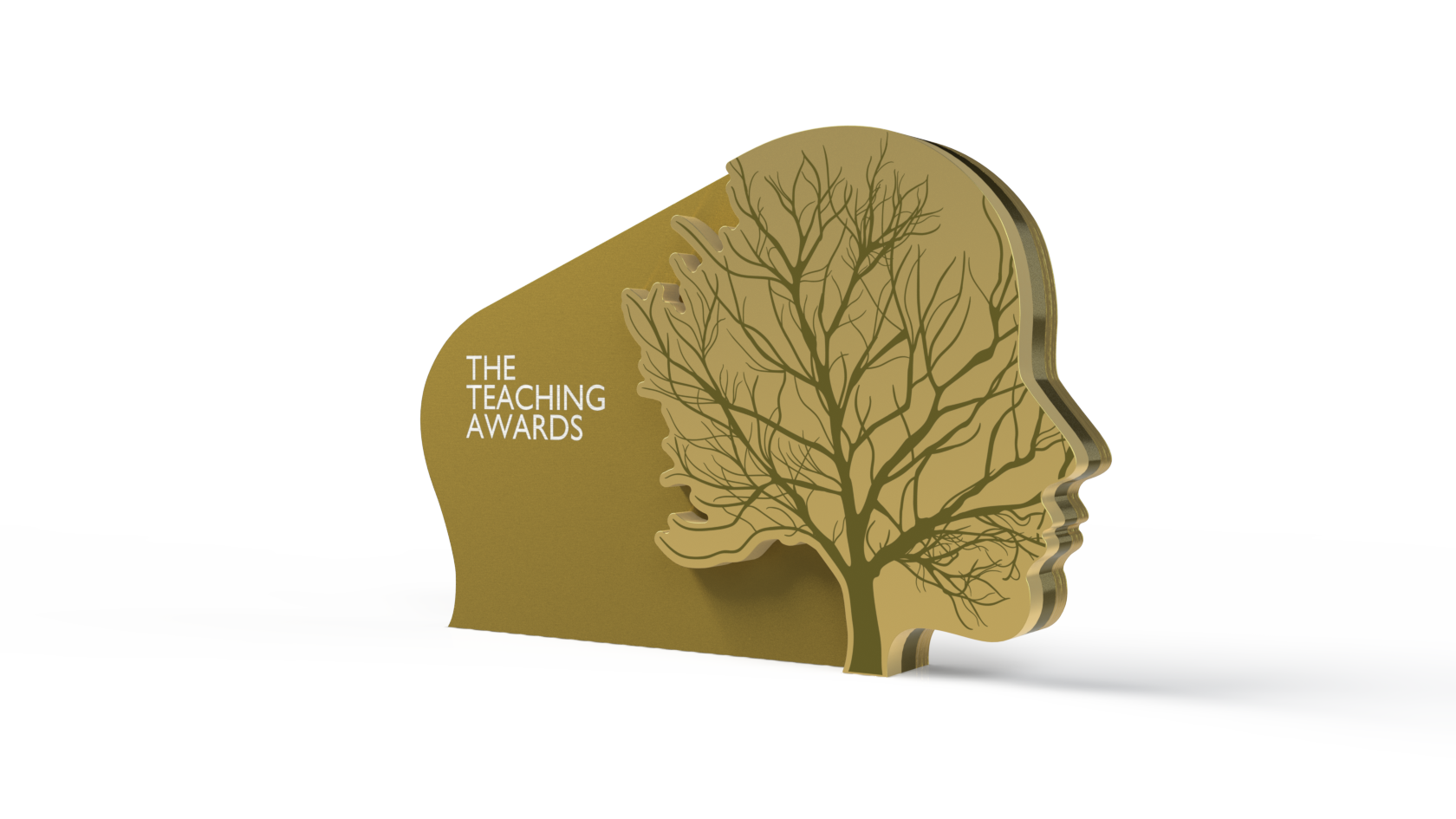 UK’s most inspirational teachers honoured in celebration of excellence

++ English teachers the most likely to inspire next generation of teachers ++

The nation’s most inspirational teachers have been honoured at the Pearson National Teaching Awards last night, on Sunday 20 October. Thirteen Gold Award winners were chosen out of thousands of nominations and recognised at tonight’s prestigious awards ceremony, which marks its 21st year of celebrating excellence in education.

The award-winning teachers, teaching assistants and lecturers were presented with their trophies at the ceremony at the Roundhouse in Camden to celebrate their outstanding achievement. The ceremony will be broadcast on BBC2 on Saturday 26 October as “Britain’s Classroom Heroes”, starring hosts Sean Fletcher, a regular sports presenter on Good Morning Britain and Countryfile presenter, and Tina Daheley, well known as a newsreader on the Radio 2 Breakfast Show and a regular presenter on Newsbeat.

The ceremony comes as new research, published by the Teaching Awards Trust, shows the impact that teachers can have in promoting teaching as a career to the next generation. The research finds that one in every two teachers across the country coming into the profession were inspired to do so by an inspirational teacher of their own.

What’s more, the research breaks down the most inspirational teachers, by subject, which shows that English teachers are the most likely to inspire the next generation of teachers. Overall, 17.8% of teachers joined the profession because of their English teacher. Followed by 11.2% for science, 9.9% for maths and 9.5% for history.

The Teaching Awards Trust is calling on school leaders to recognise the ‘invisible legacy’ that their teachers have when it comes to inspiring the next generation of teachers, and to include teaching more explicitly in their careers education programmes.

The Pearson National Teaching Awards is an annual celebration of exceptional teachers, founded in 1998 by Lord Puttnam to recognise the life-changing impact an inspirational teacher can have on the lives of the young people they teach – many of whom, as we now know, go on to train as teachers themselves thanks to the significant impact their teachers have had on them.

Michael Morpurgo, celebrated author and former Children’s Laureate, and President of the Teaching Awards Trust, said:
“It is so wonderful to understand more about how teachers themselves are inspired to enter the profession. This marvellous way of passing it on is one of the many reasons why teachers are so incredible.

“They change the lives of the young people they teach and set them on a path, perhaps without ever realising that they themselves have become the role model, the people that are revered by their own students. So many are too self-deprecating to realise this, and that’s why it is so important to celebrate them.

“At a time when everyone is focused on raising the status of the teaching profession and encouraging more young people to come into teaching, we hope this research will shine a light on what teachers do every day, and encourage them to speak up a bit more about their incredible legacy.’

Rod Bristow, President of Pearson UK, said:
“Congratulations to all of our award winners on their success. We are proud to sponsor these Awards each year and to be triumphant among the thousands of nominations is an incredible achievement and demonstrates the extraordinary dedication that each and every one of our winners puts in on a daily basis. Our teachers are special in so many ways, and that’s why recognising their hard work and celebrating their successes every year as part of these awards is so important.”

Education Secretary Gavin Williamson said:
“To win one of these awards, against such strong competition from thousands of talented teachers across the UK, is an outstanding achievement and testament to the passion, skill and dedication of all those in the profession.

“Since starting this role, I have been lucky enough to get out and about to schools up and down the country and have been struck by how much brilliant work is going on in our classrooms.

“And I want to ensure it remains an attractive career, which is why we are boosting spending on schools and high needs by a total of over £14 billion over three years, raising teachers’ starting salaries to £30,000 in the biggest reform to pay in a generation and working alongside Ofsted and the profession to ensure teacher workload continues to fall.”

The Award for FE Lecturer of the Year
Brian Banks, Plymouth College, Plymouth

The Award for Headteacher of the Year in a Primary School
Lisamaria Purdie, St. Ninians Primary, Livingston, West Lothian

The Award for Headteacher of the Year in a Secondary School, supported by the Chartered College of Teaching
Rhian Morgan Ellis, Ysgol Gyfun Cwm Rhondda, Cymmer, Porth

The Award for Primary School of the Year- Making a Difference, supported by Future First
Delph Side Community Primary School, Lancashire

The Award for Teacher of the Year in a Primary School
Angela Hilton, Cleves Cross Primary and Nursery School Academy, Ferryhill, County Durham

In addition to the Teaching Awards, Pearson is also supporting teachers through the Making Waves campaign in partnership with the Centre for Education and Youth. The campaign is asking teachers, schools and school clusters to submit their best methods of reducing teachers’ assessment workloads without reducing their assessment expertise. The project is currently tracking the ten finalists’ ideas, with plans to produce a report in early 2020 summarising the findings.

The research on entering the teaching profession was performed by TeacherTapp. Participants were asked to pick up to three answers in response to the question: What inspired you to take up teaching?

The results are below: