Revealed: The FE winners honoured in the 2019 Pearson Teaching Awards (from FE Week)

A college lecturer and a sixth form college are among 13 winners honoured in the 2019 Pearson Teaching Awards for their inspirational work in education.

The winners received their awards, which recognise “inspirational” education, at a glamorous ceremony this evening hosted by BBC presenters Tina Daheley and Sean Fletcher. The ceremony, at the Roundhouse in Camden, will be broadcast on BBC2 on Saturday, October 26, as “Britain’s Classroom Heroes”.

Now in their 21st year, the Pearson Teaching Awards celebrate the best teaching across the UK, and gold winners are nominated for awards by pupils, parents and colleagues.

Eleven schools and school teachers were also honoured, as covered by our sister paper Schools Week.

FE lecturer of the year 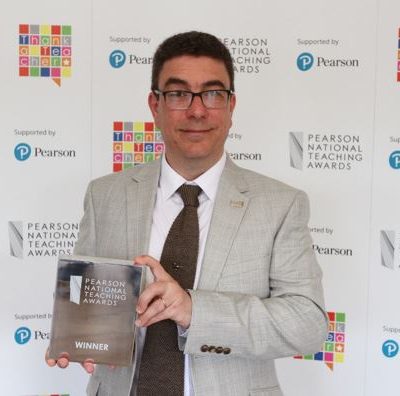 His lessons were described as “extraordinary”, and his techniques and inventiveness as “legendary”. He has also helped to design systems and processes that are used across the college for tracking and target setting.

Banks has been at City College Plymouth for five years. Originally from Belfast, Banks won a ‘People of the Year’ award for his work with sixth formers as part of a Northern Ireland peace project in 1990. He served as medic in the Territorial Army before finishing his PGCE and teaching at a college in Northern Ireland.

FE team of the year 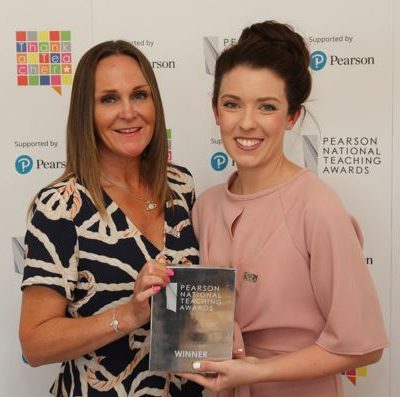 Judges said the sport, PE and dance team are a vital part of Wyke Sixth Form College’s success, with 50 per cent of their BTEC sport students going on to university – the majority of whom were the first member of their family to go to university.

The dance team only recently joined the department, but Wyke emerged triumphant at the country’s largest dance competition ‘That’s Showbiz’ despite being the only sixth form college competing against more than 200 dance schools.

The sports team has twice won regional ‘Sports College of the Year’, and came runner-up in the national title.