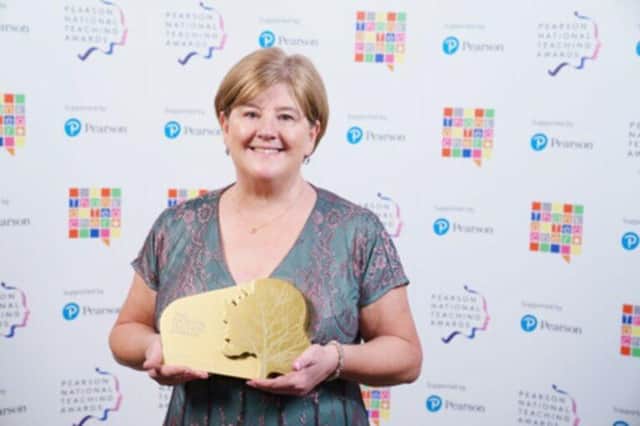 Jackie Birch, assistant principal and year two teacher at St Peter’s CE Primary School in Hindley, was named as the Teacher of the Year in a Primary School at the Pearson National Teaching Awards in 2021.

She was put forward for the honour by headteacher Nicola Green, after a parent contacted the school to praise Mrs Birch.

Selected from thousands of nominations, she was announced as the winner on BBC1’s The One Show by Strictly dancer Katya Jones, before she attended a glittering awards ceremony in London.

What’s the most bizarre thing that’s happened to you at school?

Last year The One Show came into school because I’d won the national Teacher of the Year award in a Primary School. We were surprised in the headteacher’s office when Janette Manrara from Strictly appeared on the television screen to surprise me. I then came into a hall full of children dancing with Katya Jones from Strictly and then I was given the award. Then I was sent a message through the iPad from Rod Stewart congratulating me on my award.

How did it feel?

Brilliant – it was an absolutely amazing day