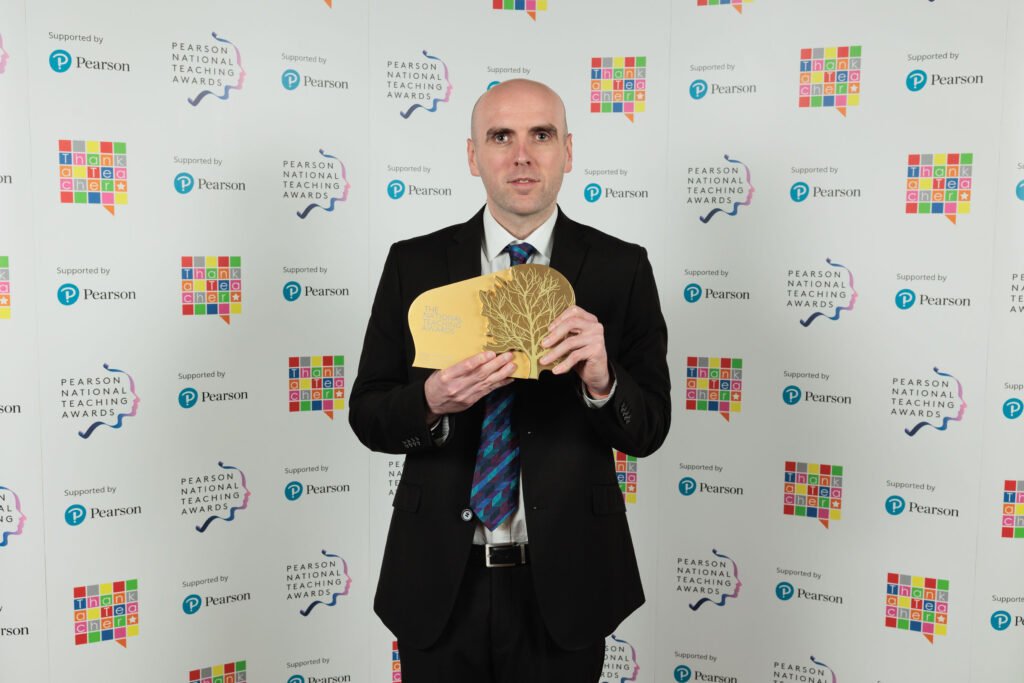 Ultramarathon runner Simon, who was born with a genetic eye disorder which resulted in him becoming blind at age 17, said: “It is an incredibly proud moment for me to have been shortlisted at arguably the teaching profession’s most respected awards.”

Simon’s story is truly a remarkable one.

At the age of 13, a routine eye test located a problem with his retina and was told he was losing his sight. Four years later, he was registered blind.

Instead of being defeated by this, Simon used it as fuel to feed his desire and determination to overcome the challenges he faced.

Simon’s work at his current school hasn’t gone unnoticed, with the school’s principal full of praise for the impact Simon has had not only on the students, but the staff as well.

Outwood Academy Adwick Principal, Andy Scruby, said: “We are over the moon that Simon has won this fantastic accolade. This is a brilliant achievement and one he undoubtedly deserves.