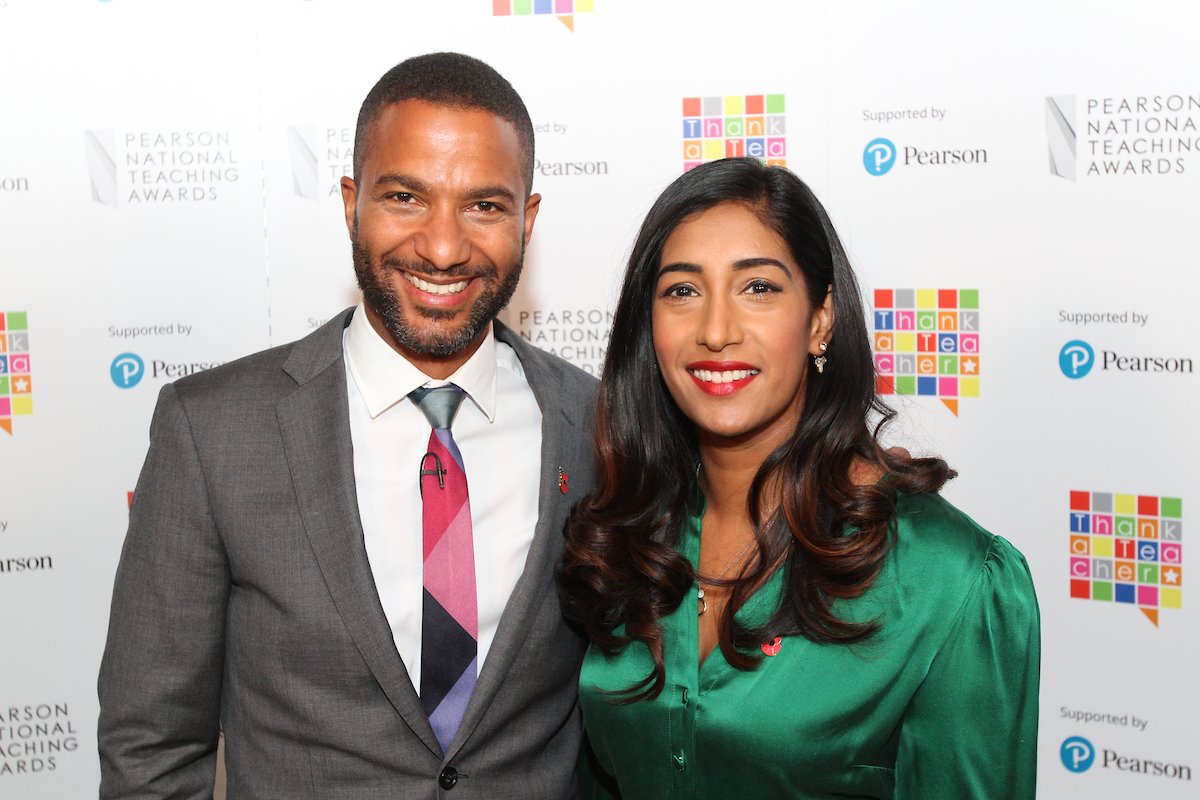 On Saturday 26th October, BBC2’s ‘Britain’s Classroom Heroes’ will see 13 Gold Award winners chosen out of thousands of nominations and recognised as the most inspirational teachers across the UK.

The programme, which airs at 1730, broadcasts the 21st anniversary of the Pearson National Teaching Awards, an annual ceremony, initially established by Lord Puttnam CBE to recognise extraordinary teachers who have inspired, motivated and supported students across the country.

“I feel privileged to be returning to present the National Teaching Awards for a third year. It’s uplifting and emotional to hear the stories of teachers who have gone to incredible lengths to give their pupils the best start in life. At a time when there’s increasing pressure on young people inside and outside the classroom, teachers are going the extra mile to inspire and guide children right across the country. The Pearson National Teaching Awards are a fantastic opportunity to recognise and celebrate their work.”

The ceremony, which took place a week ahead of the broadcast, was held at Roundhouse in Camden, London, and saw winners receive awards across categories such as ‘Headteacher of the Year in a Primary School’, ‘Excellence in Special Needs Education’, and ‘Lifetime Achievement’.

Gold winners were nominated for awards by pupils, parents and colleagues. Inspirational stories from the night include:

Lisamaria has transformed St Ninian’s into an inspirational school during her time as headteacher. She is loved by staff and pupils for creating a warm, nurturing, environment that supports every child to be their best and learn to love their time at school. Lisamaria is on a mission – it is vitally important that everyone in the community knows she is invested in them and that they can make a difference.

Her impact goes beyond her school, supporting other headteachers as they come to terms with the role but also challenging them to reach their full potential. She also plays a huge role in the local community, including transporting shopping to stuck families during the winter snows and even organising a ‘parent boot camp’ to get families in shape.

Connor is recognised as an exceptionally able teacher who meticulously researches best practice to make sure his teaching is consistently excellent. Outside of his teaching duties, Connor has excelled as the school’s computing lead, creating a robot zoo, coding and building an award-winning marble run linked to the town’s history, and training more experienced staff on the best ways of integrating technology into their teaching.

Despite only being at the start of his career Connor is already inspiring other teachers, having presented at the PGCSE initial teacher training cohort, the Diocesan NQT training, to Coventry Catholic senior leaders and to the CES Executive Leadership Formation delegates. He has also developed a range of resources to help his peers deliver computing teaching and has shared these beyond the school to make sure as many pupils as possible benefit from his expertise.

Rhian has spent the last 30 years at the school, taking the headship role on in 2010 and transforming the then-struggling school. Not only has the school been successful, but Rhian has ensured that it is rooted in the community and maintains a strong sense of Welsh identity for their pupils. She is a principled, inspirational and extremely effective headteacher, who has built a thriving, inclusive community.

Rhian’s impact can also be seen by the pupils she has inspired to move into teaching. Her nomination was supported by a local headteacher who claimed that she was only a headteacher today because of Rhian. In total there are 24 former pupils now working at the school.

Parents and students alike can recognise and thank the teachers who are making a difference by visiting thankateacher.co.uk. The Teaching Awards Trust will send your teacher a personalised card in the post, for free, and it also means they could be in with a chance of winning at next year’s ceremony.