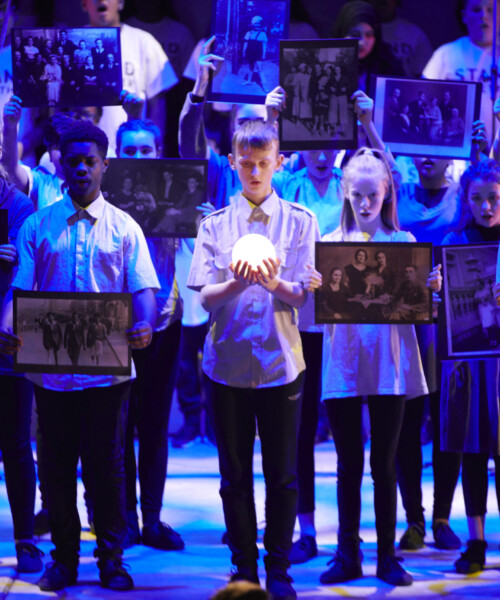 The testimonies were recorded through a series of interviews with Natasha Kaplinsky for the UK Holocaust Memorial Foundation – UKHMF in 2015.

The project is underpinned by CORE’s commitment to bring together diverse communities in a collaborative partnership context, in this case with a common focus of Holocaust memorial and genocide awareness. This focus is supported by the creation of civic alliances between participating schools that have different social and cultural characteristics. The project has, to date, facilitated a partnership network of 20 schools across Birmingham and Coventry. The school populations represent the diversity of the region’s communities.