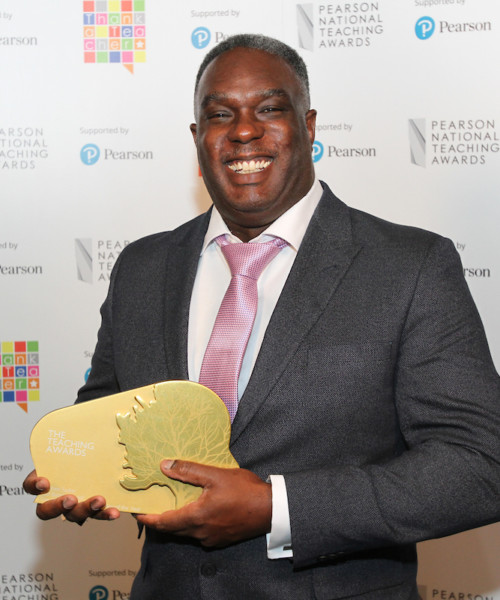 Stephen is an avant-garde, outside-the-box practitioner who has brought industry-standard software to his pupils, from 3D printing to drones. Through his leadership of Robotics, students have been able to design, manufacture, code and compete with their own robots. The skills they have learned have proved invaluable for University, with several students receiving unconditional offers or being exempt from first-year modules.

Stephen has also been influential in other secondary and primary schools, developing STEM in a wider sphere of influence.

Stephen is committed to ensuring a gender balance, having developed an impressive group of female students who are now committed to degrees and careers in STEM.

His pupils have led workshops at Chelsea football club to inspire others as well as speaking at national and international conferences in front of thousands of delegates.

Teacher raises £80,000 amid school funding crisis to set up robotics department (from ‘The i)