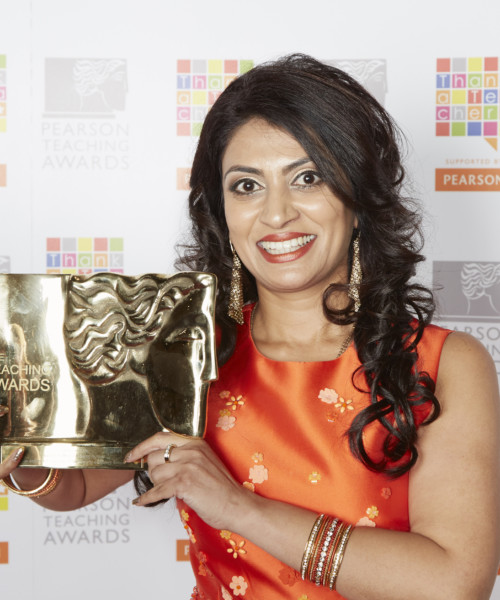 The Award for Teacher in a Primary School

Jashu Vekaria has been teaching for 15 years, she has supported colleagues across many schools in Harrow and built up an excellent reputation. She moved to Uxendon Manor Primary School in Brent in September 2010 and has worked at the school for six years – the first two as an Advanced Skills Teacher and from 2012 as the Deputy Headteacher. She is currently playing a leading role in delivering training as part of the schools designation by the Brent Schools Partnership as a ‘Specialist Centre for Mathematics’. She has made a tremendous impact in the schools and communities in which she has worked. Jashu is a wonderfully gifted teacher and has been an inspiration to both children and adults alike.