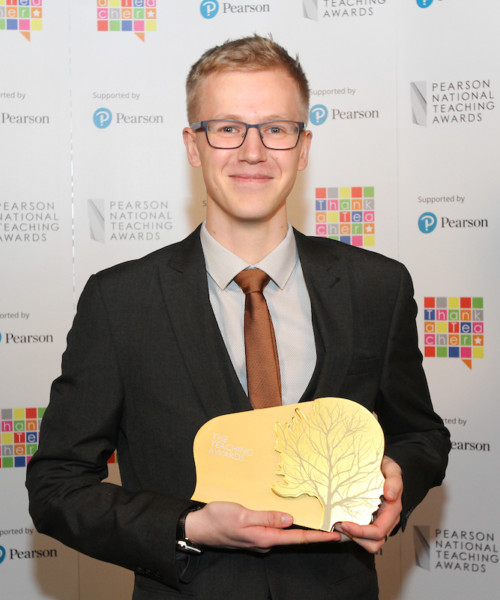 After completing a QTS degree in Primary English with SEND in 2016 and undertaking his NQT year at a Wigan primary academy, Connor joined the ‘mission team’ at Sacred Heart RC Primary School in Bolton in 2017, teaching Y5 and leading Computing and History. He is also a staff governor.

His passion for restoring classic cars has influenced his work in school, leading developments in STEaM and innovation in a range of areas.

He runs an engineering club which has designed and made a robotic zoo, and an award-winning coded marble run.

He is currently engaged with cohort 5 of the Catholic Middle Leadership Programme, his leadership project focused on developing digital literacy throughout the school and beyond.

He is viewed by colleagues as a potential leader in the changing landscape of Catholic education.