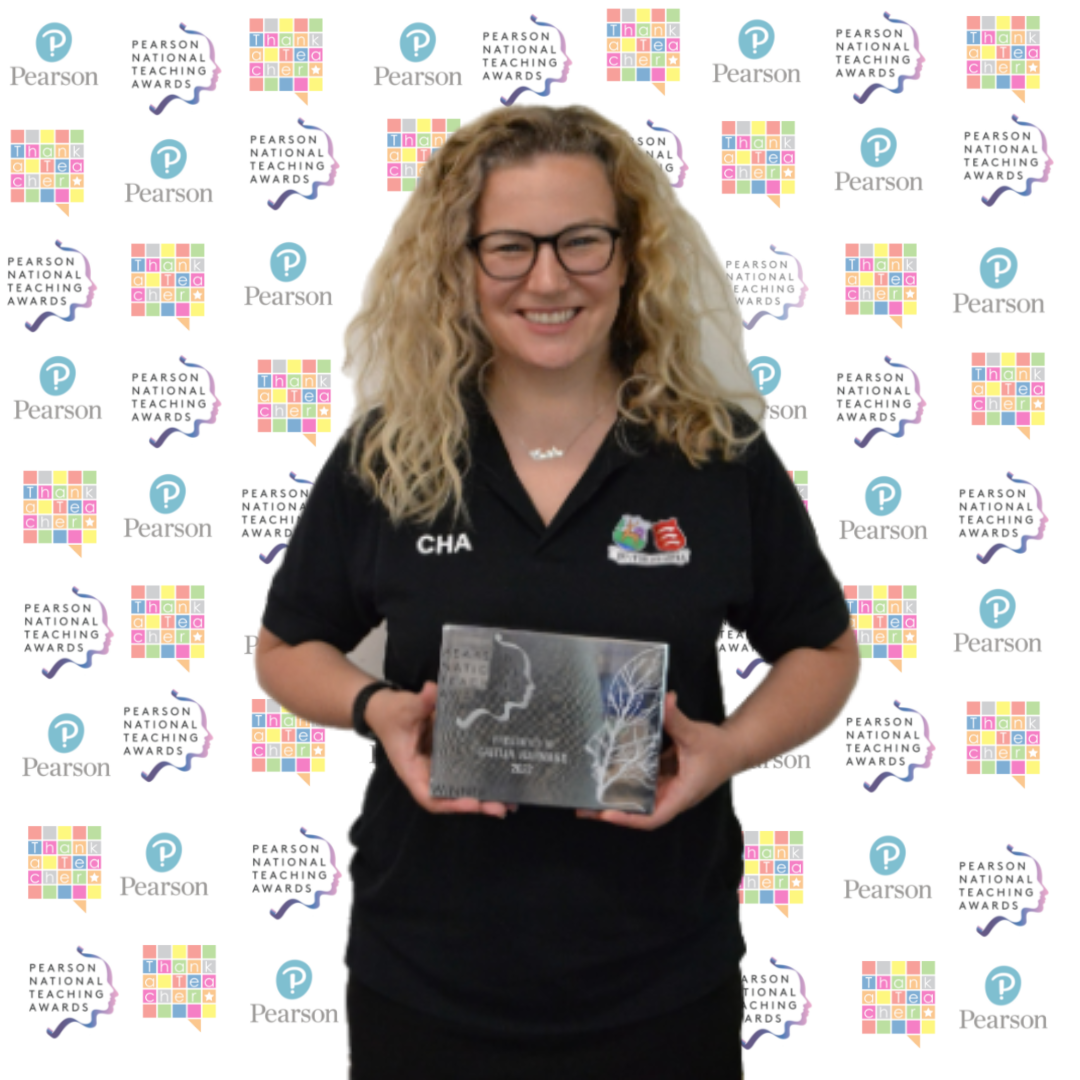 Caitlin’s Herts & Essex High journey began when she joined the school as a bright eyed, enthusiastic eleven-year old back in 1995. Now, twenty-seven years later, the difference she makes to the school as a teacher is huge. Described by colleagues as an inspiration, everything she does ‘enriches the lives of the students, colleagues and wider community’.

As subject leader for Drama, Caitlin has led the department from strength to strength, increasing its popularity to such an extent that exam classes have reached maximum capacity. Her students have progressed to the Royal Central School of Speech and Drama, Guildhall and several are now carving out successful careers in the West End. She has directed many school musical productions and organised countless school trips to the West End and to Stratford Upon Avon. Colleagues describe Caitlin as an inspirational secondary school teacher and friend as well as a dedicated primary school governor, director and remarkable fundraiser.