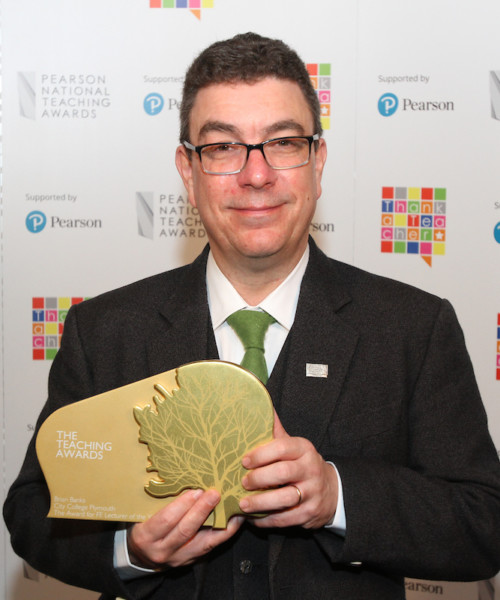 Originally from Belfast, Brian has led an interesting life that featured a variety of roles before returning to teaching and joining City College Plymouth in 2014. His lessons are praised for being extraordinary and his techniques and inventiveness in teaching are now legendary among students.

Back in 1990, Brian won a “People of the Year” award in Ireland for his work with sixth formers as part of a Northern Ireland Peace Project.

He served for a time as a medic in the Territorial Army in Belfast, before finishing his PGCE in Queen’s University Belfast.

His first teaching position was at Campbell College, in Northern Ireland.

On moving to England, Brian started a small web-design business. He’s since put his computing and programming skills to great use in his teaching and writing.

Brian’s commitment, support and inspirational approach to teaching and learning make him an eminently respected lecturer whose energy is infectious.

Revealed: The FE winners honoured in the 2019 Pearson Teaching Awards (from FE Week)