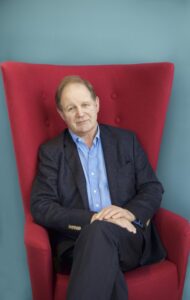 The President of the Teaching Awards Trust is celebrated author and former Children’s laureate Michael Morpurgo. Mr Morpurgo joined the Trust in June 2017, and supports the charity’s mission to celebrate excellence in education through the annual Pearson Teaching Awards and the Thank a Teacher Campaign.

Mr Morpurgo says: “Becoming an inspirational teacher is a serious, admirable commitment. And memorable, outstanding teaching should be celebrated by educators, pupils, parents and throughout society. With these awards we’re taking the time to recognise the remarkable, often unappreciated efforts of fantastic teachers up and down the country.”